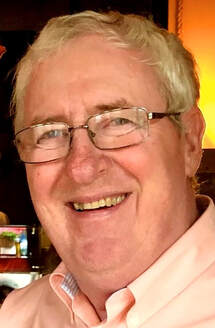 Robert A. Green, Jr., age 72, passed away on January 11, 2022 at Upstate Community Hospital, Syracuse, NY after battling a lung disease for a number of years and recently contracted COVID.  Bob was a loving husband, father, and grandfather.  As part of the Department of Public Works (DPW) in Skaneateles, NY in 1974, he became superintendent in the early 1990s, and retired from the DPW in 2005.  Bob loved the community of Skaneateles which led him to be elected as Mayor of Skaneateles for 3 terms from 2005-2011.  One of his many accomplishments he was proud of was building the new fire station.
Growing up in Owasco, NY, he attended Skaneateles Schools.   Upon listing in the US Navy in 1968, he was stationed out of Jacksonville, FL., Bob married his high school sweetheart, Susan Wilson, while in Jacksonville, where his daughter, Tamara Green Grant was born. His time on the combat ready USS America, while working on the flight deck, lead him to be deployed to North Vietnam where he assisted with the launch of up to 50 planes/hour.  Serving 4 years in the US Navy, Bob was honorably discharged in 1972 as an Aviation Ordnance Second Class Petty Officer. Bob was incredibly proud to serve his country and community.
Eventually enlisting in the Air National Guard (ANG), The Boys of Syracuse, he became a Master Sergeant, where he was activated for Desert Storm to provide logistics support.      Retiring in 1996, Bob was very proud to have served for a total of 24 years in the military. Prior to his retirement, Bob had the privilege of flying the F-16 Fighting Falcon.  Bob was awarded numerous medals with a few examples being the Meritorious Service Medal, Navy Good Conduct, and Legion of Merit.  Bob also earned the Small Arms Expert Marksmanship Ribbon in 1988.
Early on in his life, Bob enjoyed flat track motorcycle racing for Harley Davidson where he was ranked second in the Northeast.  During this time, he was very proud to have his entire family by his side.  Bob also developed a love for photography which started as a way to pass time while traveling on aircraft carriers but blossomed into a hobby that he gained notoriety for through Fineartamerica.com, selling all over the world.
Bob’s life changed when he met the love of his life, Patricia Callahan.  He joined a large family that welcomed him as one of their own. Patti and Bob enjoyed together their love of music, traveling, spending countless hours on Skaneateles Lake on their boat and ultimately being with their loving family and friends.
Bob really loved sports, especially golf, Syracuse football and basketball, and the Boston Red Sox. One of Bob’s biggest joys in life was being with his grandchildren and supporting them in every way possible.  Bob’s lung disease did not slow him down later in his life.  He attended many of their sporting events, alpine ski races, concerts, and piano recitals. There were annual traditions, including taking his grandchildren to Lights on the Lake.  Bob shared his photography gifts by taking many pictures of his grandchildren in “action”.  His photography of nature produced jaw dropping pictures.  In September 2021, Bob was thrilled to be invited to join other Veterans on the Honor Flight of Syracuse where they were flown to Washington, D.C. to view numerous historical monuments and share stories of their service to our Country that they love.
Bob was former President of Laker Limo, a member of the Republican Committee, a former board member of The Creamery in Skaneateles, and a member of Skaneateles American Legion Post 239.  Bob and his family are eternally grateful to the compassionate skilled healthcare providers in the ICU at Upstate Community Hospital.
Bob was predeceased by his wife Susan; his father, Robert A. Green Sr. and his mother, Frances L. Green.  He is survived by Patricia Callahan; his brother, Randy Green; his sister, Debbi Green, his cherished grandchildren – to whom he will always be known as “Grandpa Bob” – Gwenyth Iles, Kirsten Iles, Meghan Iles, Owen Iles, and Abby Iles; his daughter, Tamara; and many nieces, nephews, cousins and relatives.
Calling hours will be 4-7 pm on Thursday, January 20th at Robert D. Gray Funeral Home, Skaneateles.  A funeral mass will be at 10 am at St. Mary’s of the Lake Church, Skaneateles on Friday, January 21st.  In lieu of flowers, contributions in Bob’s name may be made to Laker Limo, P.O. Box 644, Skaneateles, NY 13152.
To send condolences, visit robertdgrayfuneralhome.com.